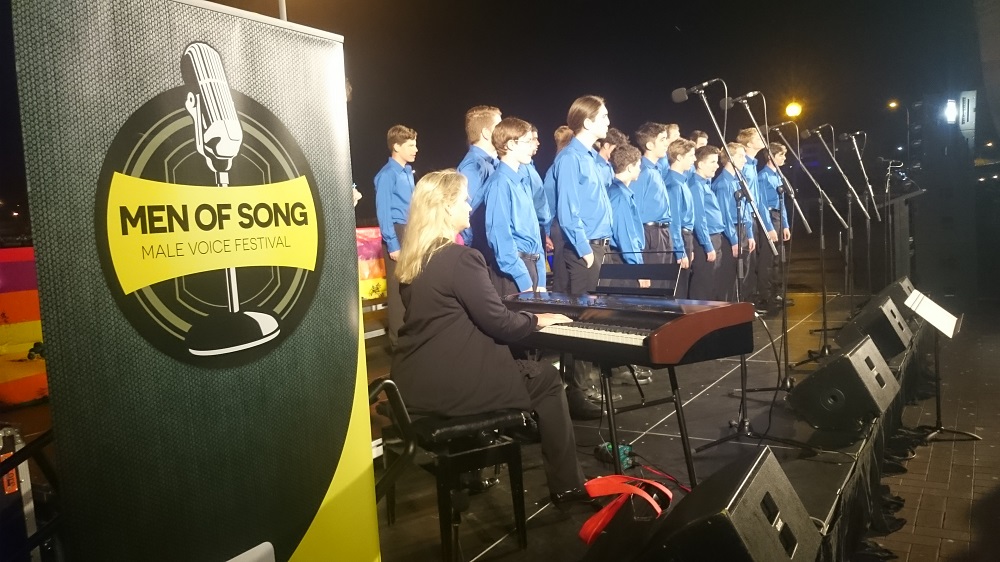 In October of 2015 male choirs from all around Australia gathered in Bunbury for a celebration of vocal music.  Each of the choirs showcased their work and engaged in workshops with all the other choirs over the weekend.  The event began with an opening on the Thusday night, followed by workshops on Friday and a show at St Aiden’s Winery on the Friday night.  Saturday saw a continuation of the workshops followed by “The Big Sing” at the Shell on Saturday evening, featuring community choirs from around the south west.  The event culminated in a Finale Concert on Sunday afternoon, with seven world premier songs especially commissioned for the festival.  The event was a huge success and the team at Totally Sound thoroughly enjoyed being involved.  We even had one of our own singing at the event….young Jared Ross is a man of many talents.