The people at the Bunbury Farmer’s Market are renowned for doing things well, and the installation of their new sound system was no exception. A lot of time and effort went into carefully planning a system that would achieve their goals in terms of sound and sound distribution while maintaining the aesthetics and general vibe that the organisation has become famous for.

Once all the decisions were made the installation process began.  Obviously this could not happen during the day with all the busyness that is the Farmer’s Market. The lads worked for five nights after the doors closed through until the early morning.  They were not alone though, there were many people working behind the scenes at all hours baking, cleaning and preparing for the next day.  It is a really amazing place.

Brendan spent a good deal of time in the ‘Genie’ EWP, putting up the 54 QSC Pendant speakers and 3 wall mounted QSC Speakers. The lads also installed 8 little 3 inch LED Screens for control at each of the demonstration locations that are dotted throughout the walkways of the market. The installation also included 4 channels of headset radio microphones and three paging microphones, some 1.5km of speaker cable, 600m of Cat 6 an 200m of coax. All driven by  a QSC QSYS DSP/Control System. The crew were grateful for the assistance from the boys at JCW Electrical who did a fantastic job of installing the cable.

Special thanks to Graham Heath and Leith Johnston and the team at Bunbury Farmer’s Market for thinking local and giving the Totally Sound team the opportunity to work on such a terrific project. 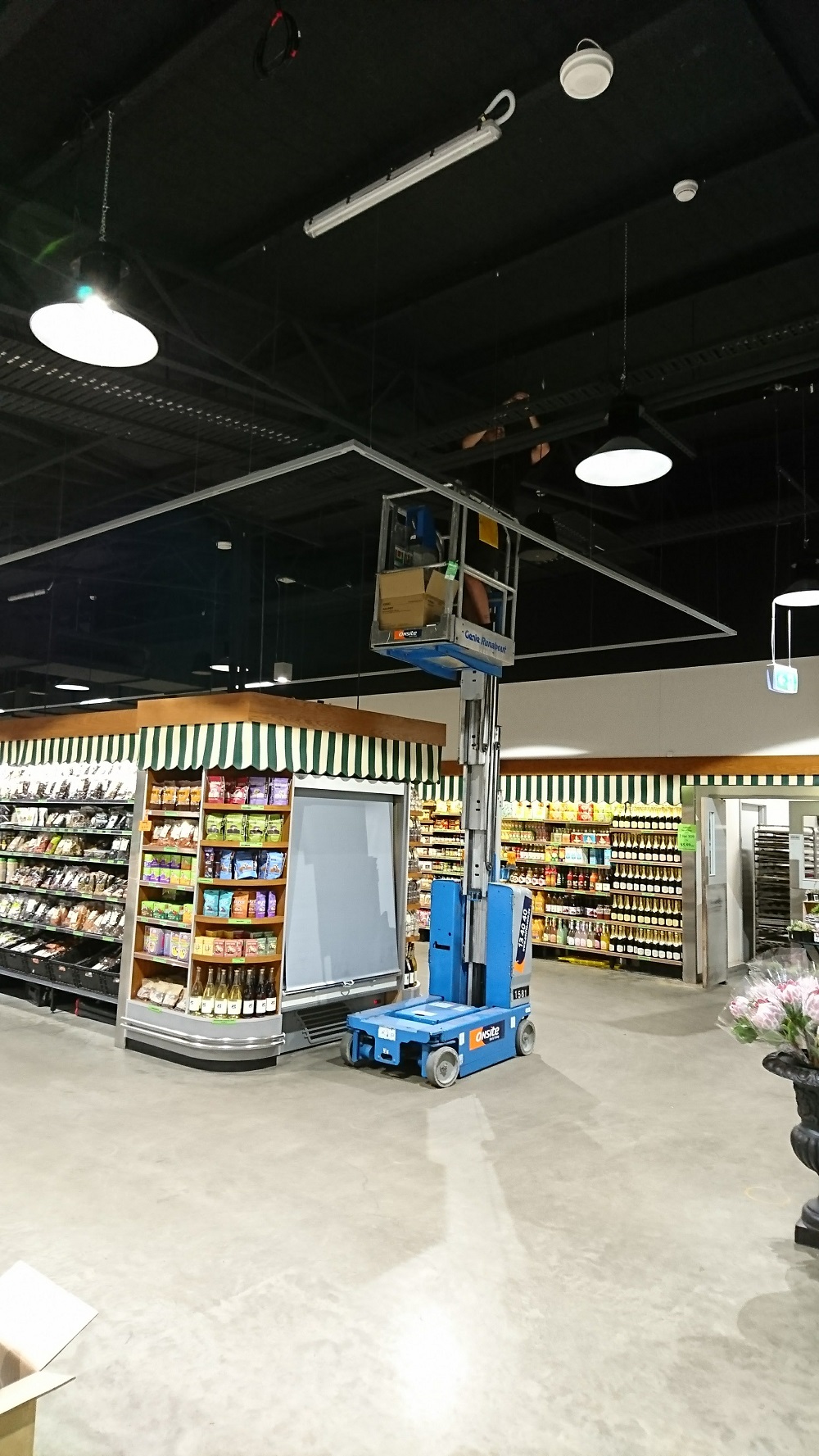 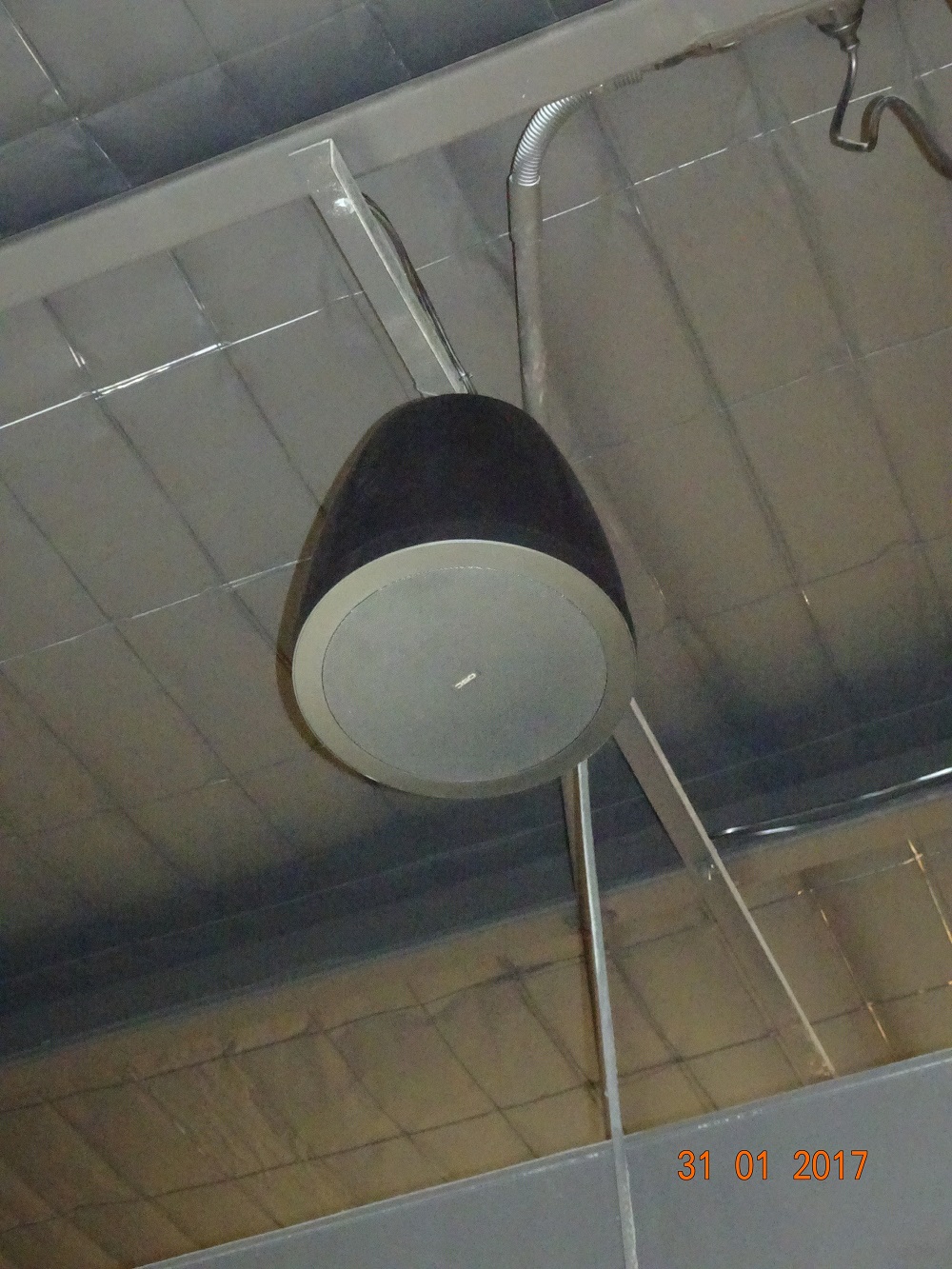 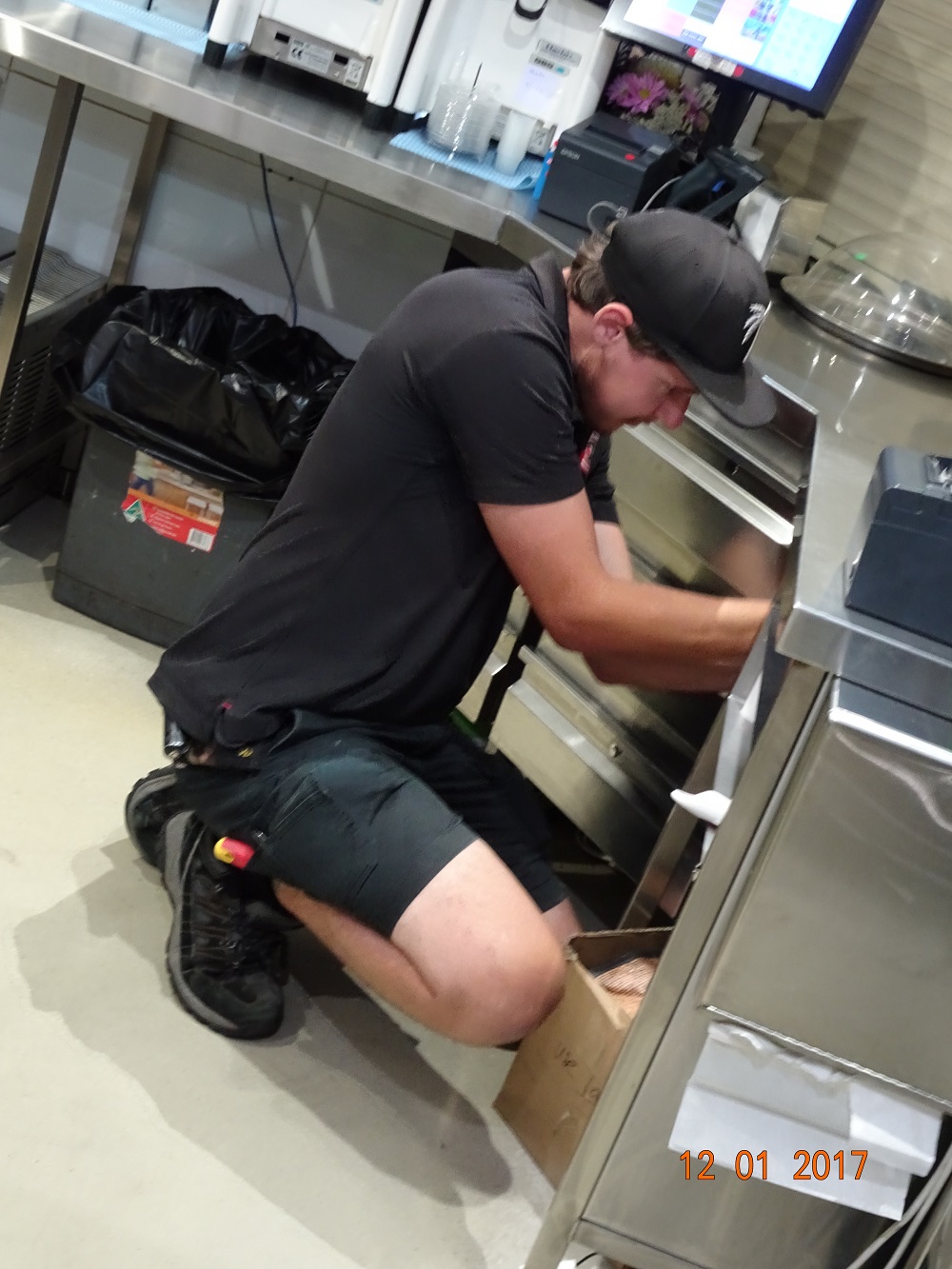 There are always the tricky spots to get into 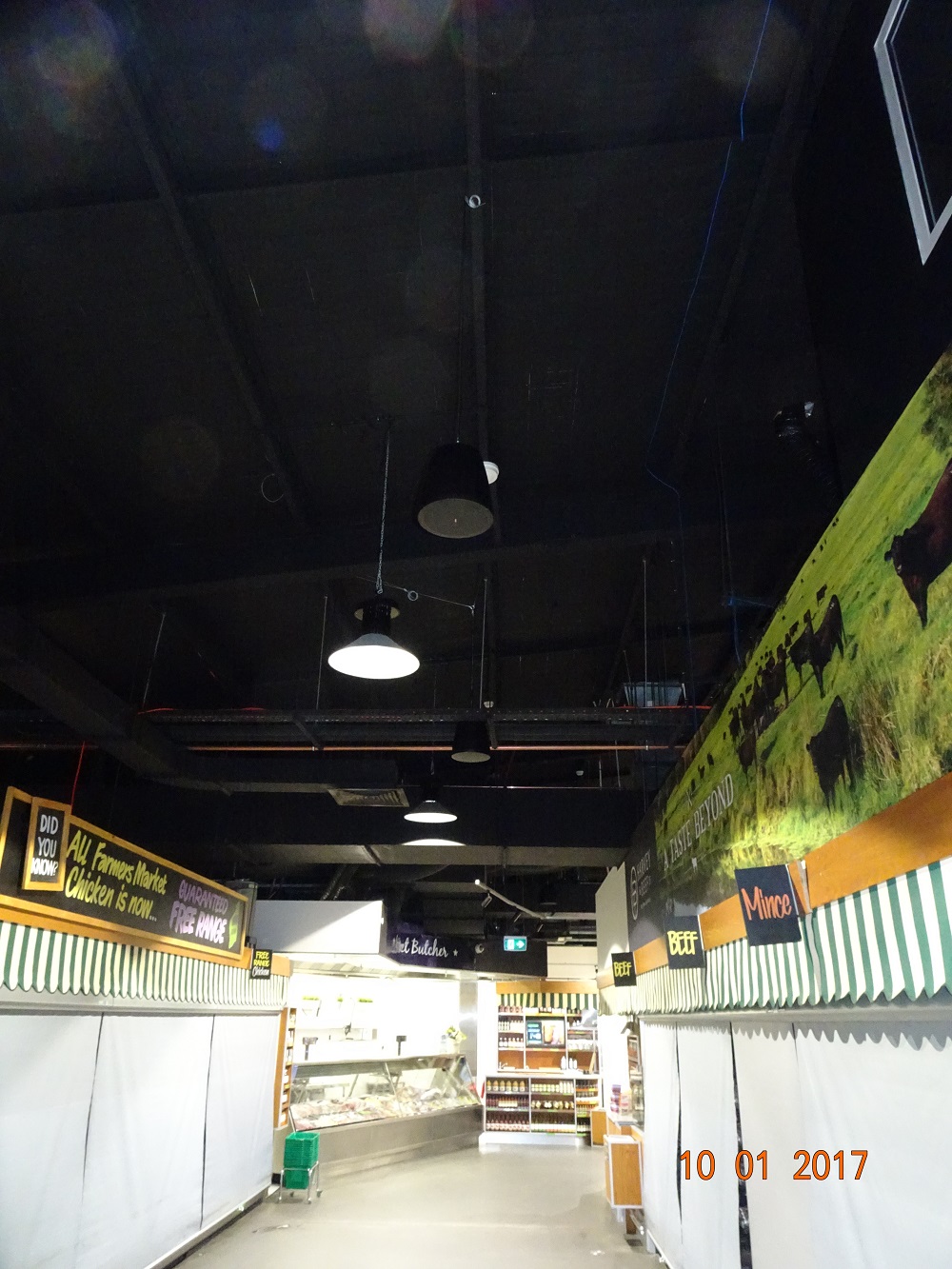 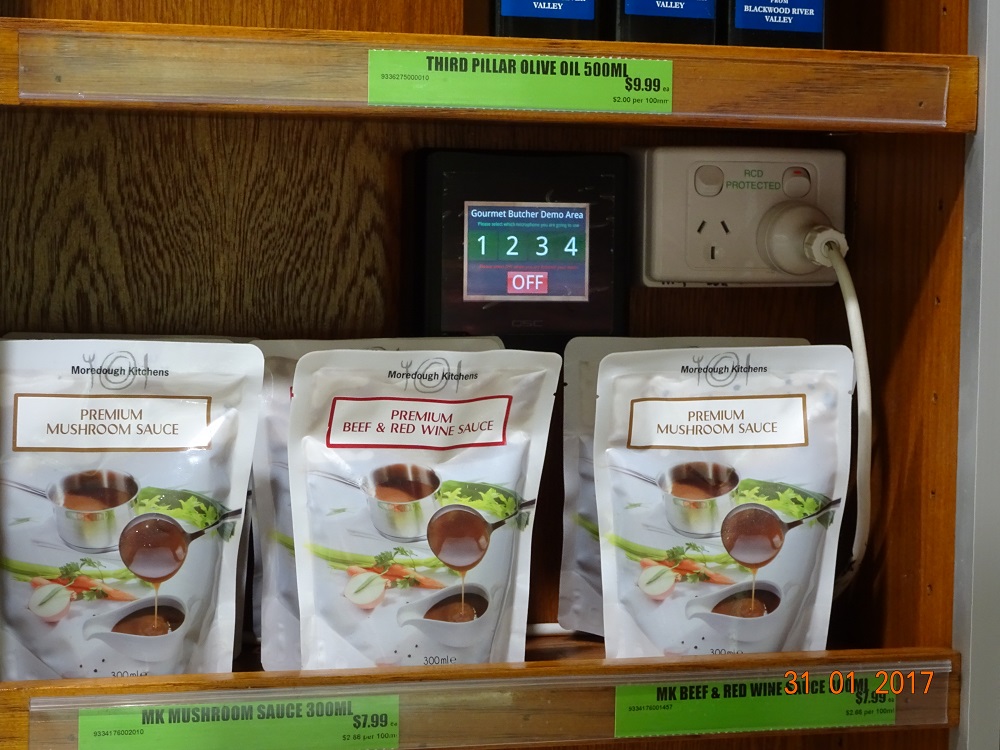 LED screen for control at each Demonstration Counter

Kym at work on the racks 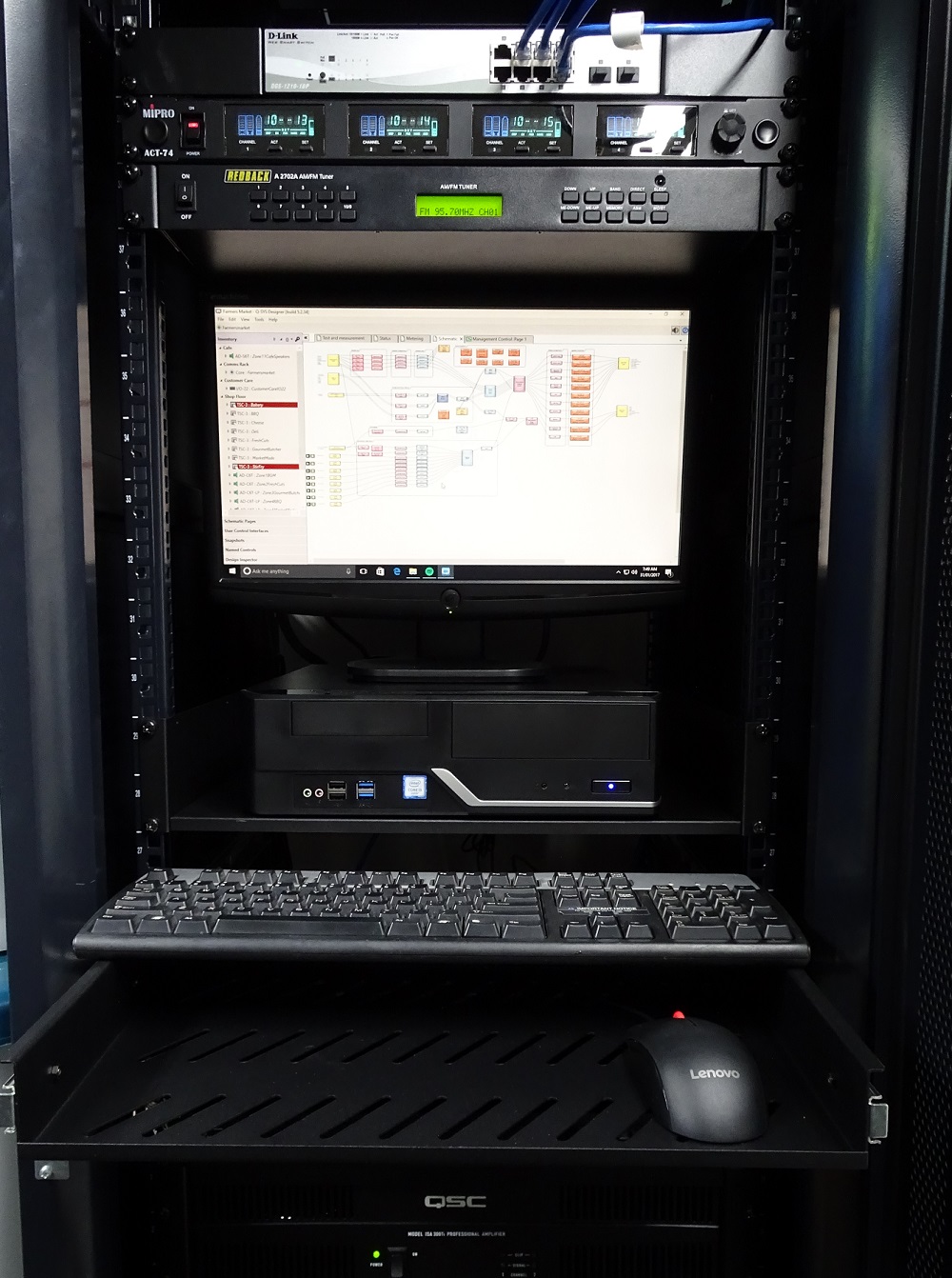 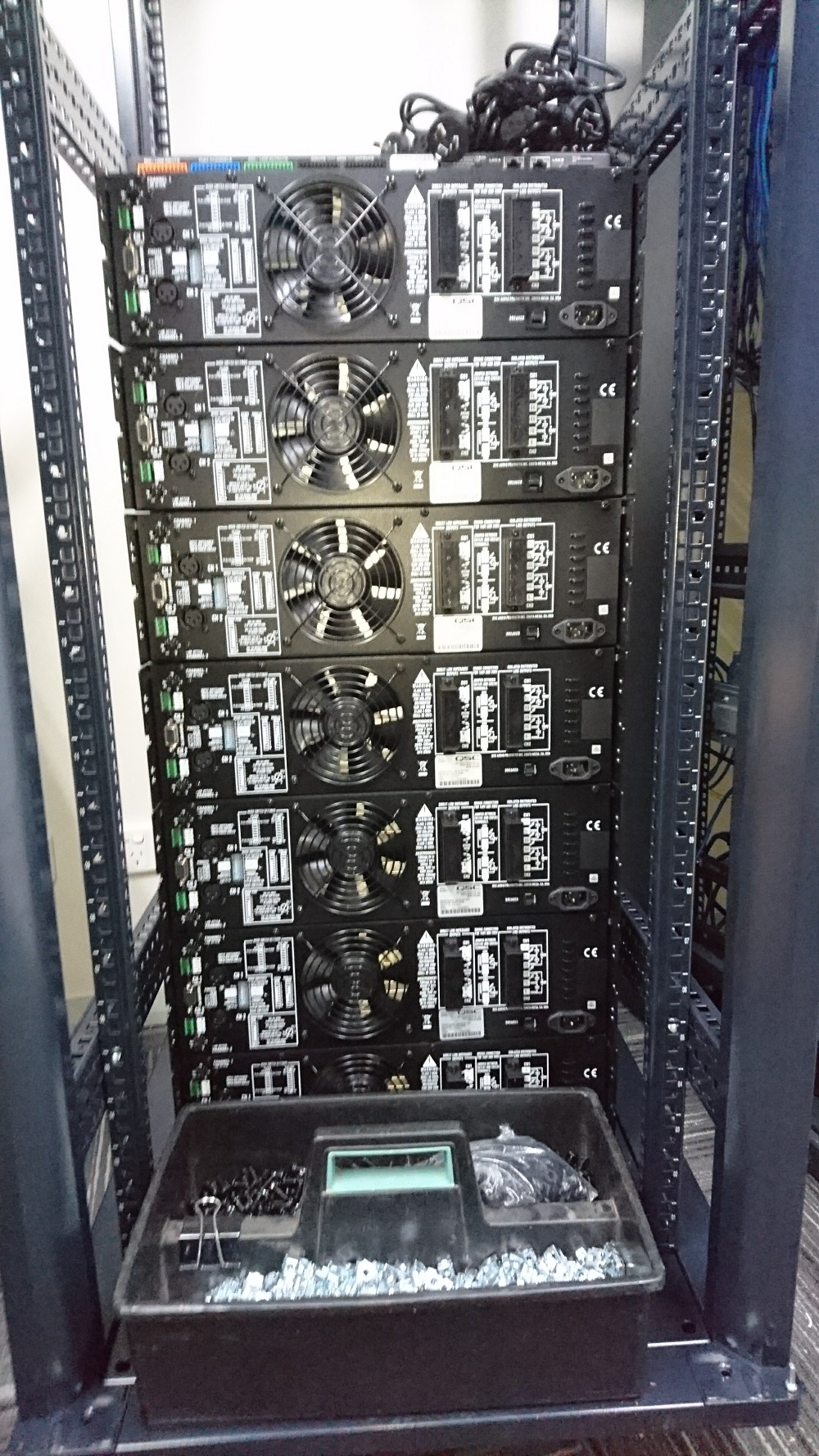 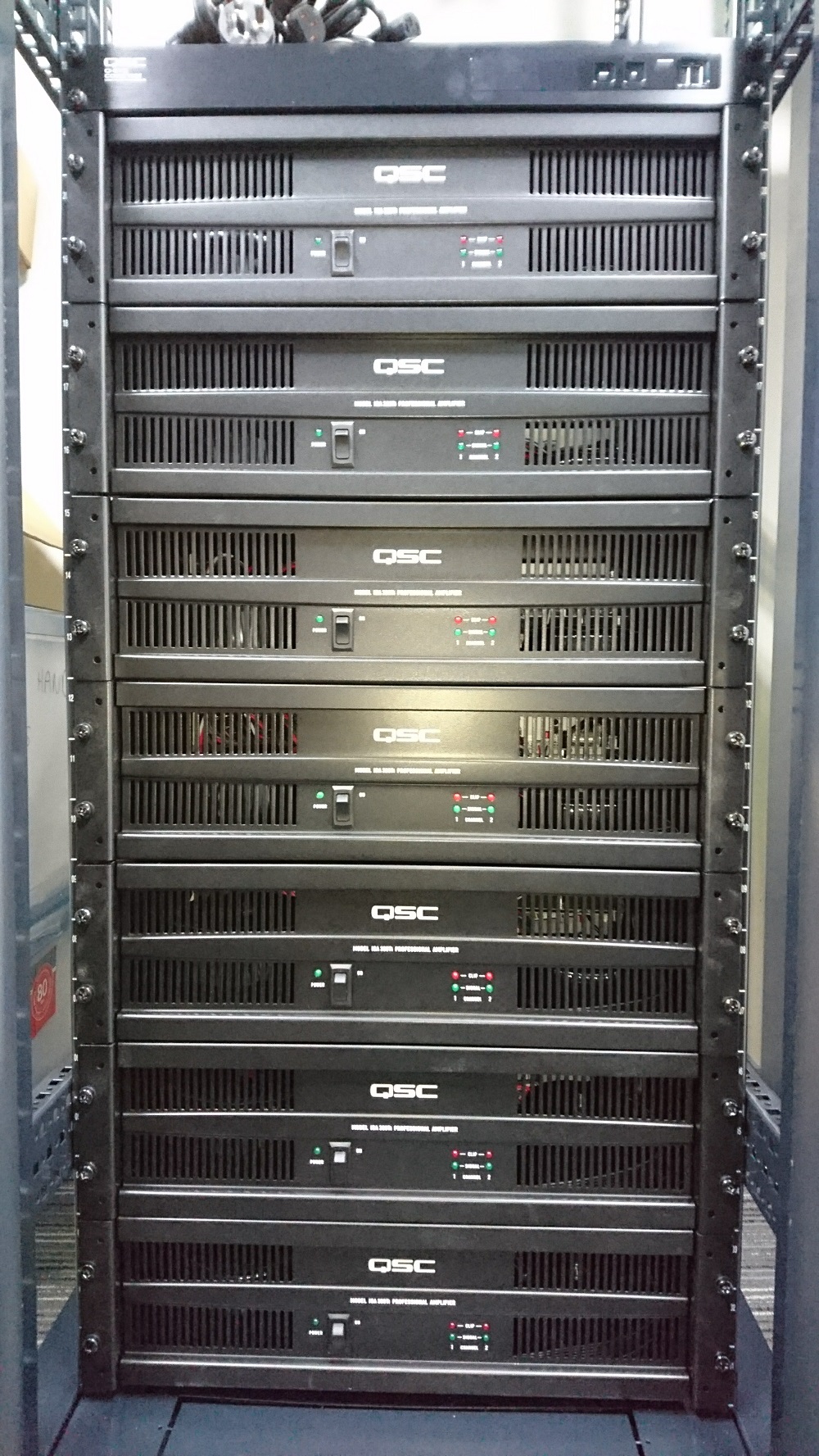